Inside a private Fuckup Nights event

Inside a private Fuckup Nights event 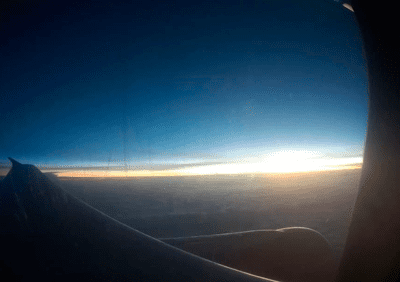 I was 10,000 feet above the earth, somewhere between Panama and Mexico, and I’d just finished my (plastic and not very tasty) airplane meal.

Suddenly, I realized that I was smiling to myself. You know, that feeling that you get when your favorite band plays your favorite song at their concert. The one you thought they were never going to play.

And even though I hadn’t gone to a concert the night before, I had gone to a Fuckup Night. But it wasn’t a normal Fuckup Night – this was a Fuckup Nights Private Event with the Latin American leadership of Sanofi, and I’d been the moderator.

I arrived at the venue early to make sure that everything was in order. Once there, I started to get really nervous. I’ve been lucky enough to moderate a lot of Fuckup Nights, but this one was on a whole other level. The venue was this beautiful three-story theatre in the historic downtown of Panama City, plus the event had a ton of production – lights! sound! confetti! And even though I’d moderated bigger events in the past –like our 400-person Fuckup Night with Johnnie Walker – this one had a special challenge: it was in English.

Then it was 7:30pm. No time to get nervous, just time to get excited for a (hopefully) great night. What I didn’t know was that “a great night” was going to be an understatement.

The lights went down, the music started playing, the smoke started to fill the venue, and a confetti explosion signaled the start of the event. I took the stage. I always like to take a moment to read the vibe of the crowd, and the intense energy in the theatre put me at ease.
This was our night. So I started talking about Fuckup Nights, the Failure Institute, our private events, and the way we approach failure. 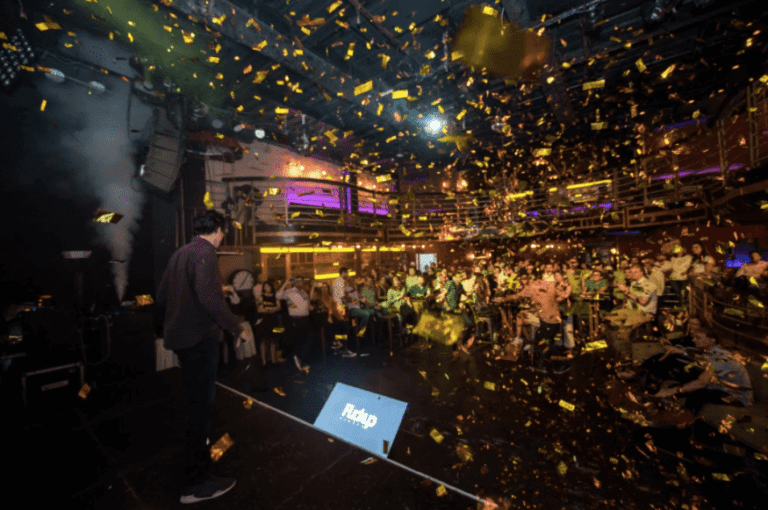 The audience loved it. Everyone was clapping, laughing, and cheering, and the whole audience was incredibly engaged. Everything was off to a great start.

Then I introduced the first speaker. Sanofi’s Head of Consumer Healthcare, Alan. Despite just landing after a 13-hour flight from Europe, Alan went directly to the stage and stepped up to lead by example. With an amazing attitude, he was humble enough to share with his whole team that he had fucked up. And pretty badly. This was the first speaker of the night, and I watched as the audience shifted from skepticism (“Sure, like my boss is going share a real fuckup…”) to excitement (“Wow, my boss is really sharing his fuckup!”)

Then I introduced Carol Ann, who shared how her ego was the main culprit behind an epic fuckup that happened while she was launching a new project in Japan. I didn’t need mindreading powers to know that the surprised faces in the audience were thinking, “Wow, that was a major fuckup!”

Finally, Paul closed the night with no less than a picture of himself as a baby. Buck naked, of course. I mean, does it get any more vulnerable than that?

“I’m going to introduce you to my boss.”

Then the talks came to an end. Of course, the speakers are a fundamental part of Fuckup Nights, but the real magic happens offstage. That night, encouraged by what they’d heard, people started to share their own stories with each other, connecting on a personal level with their leaders and teammates and establishing deep relationships that are certainly hard to achieve during our day-to-day routines. The experience was meaningful and authentic, and everyone felt connected because, well, we all fuck up.

"Thank you very much for this. I’ve never had an experience like this with my team."

Said one man, before asking how he could bring Fuckup Nights to his team in Mexico.

"I’m going to introduce you to my boss, he definitely needs to hear some stories of failure."

Said another woman, after taking a selfie with everyone.

Then another woman just kissed my forehead as a sign of gratitude (Out of gratitude, I guess? I sure hope so).

The morning after, careening through the air in a tiny metal tube, I realized why I was smiling so hard – I was still high on the connection and vulnerability from the night before. I finally realized the true power of sharing your fuckups. It’s that little seed it plants in your head. That little mindset shift that triggers a ton of impactful actions.  That vulnerability that brings people together and connects them with their shared humanity.

What ever happened to real feedback at work?